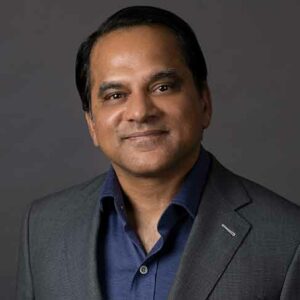 Board certified in gastroenterology by the American Board of Internal Medicine, Dr. Pradeep Kumar earned his undergraduate degree at Rice University in Houston, Texas and his medical degree at the University of Texas Southwestern Medical School in Dallas in 1991. He completed his internship and residency in internal medicine at Parkland Memorial Hospital and the Dallas VA Hospital. Dr. Kumar went on to complete his fellowship in gastroenterology at the University of California San Diego Medical School in 1998.

After spending several years in practice in Hawaii, Dr. Kumar returned home to Austin, Texas in 2002. He joined Austin Gastroenterology in 2004 and has been practicing there ever since.

Dr. Kumar has a special interest in the treatment of inflammatory bowel disease (IBD), which is why he devoted a portion of his fellowship training at the Mount Sinai Medical Center in New York, where Crohn’s disease was initially described. He continues to be active in the Crohn’s and Colitis Foundation of America (CCFA), serving on the Medical Advisory Board for the Gulf Coast Chapter, delivering lectures to patients, and lending a hand in support of fundraising efforts.

Dr. Kumar also participates in IBD research, helping to bring more effective drugs to the market. He also serves as a spokesperson for Salix and Takeda Pharmaceuticals, which manufacture medications to treat IBD.

In the interest of educating the public about health-related issues, Dr. Kumar has made longstanding appearances on the FOX 7 Austin Morning News program discussing the latest health care issues.

In addition, he has served as the producer and host of his own call-in radio show called The Dr. Kumar Show, which aired from April 2003 until January 2009. The show was recognized by the Texas Medical Association and awarded the Anson Jones MD Certification of Merit for Physician Excellence in Reporting for the year 2008 for an episode on HIV disease.

Dr. Kumar is active in organized medicine, assisting the Travis County Medical Society in a variety of roles, including serving as president of the Society in 2015. He is fluent in English, French, and Tamil.

Dr. Kumar’s mission is to educate the public about their health. To that end, he had a call in radio show, The Dr. Kumar Show on TALK Radio 1370 from 2003 to 2009. It received the Anson Jones MD Award for Physician Excellence in Reporting from the Texas Medical Association. Dr. Kumar has also been doing a segment on FOX 7 Austin on Wednesday mornings since 2005. That, too, won an Anson Jones MD Award. He is dedicated to the proposition that people can understand science if it is explained without scientific jargon.